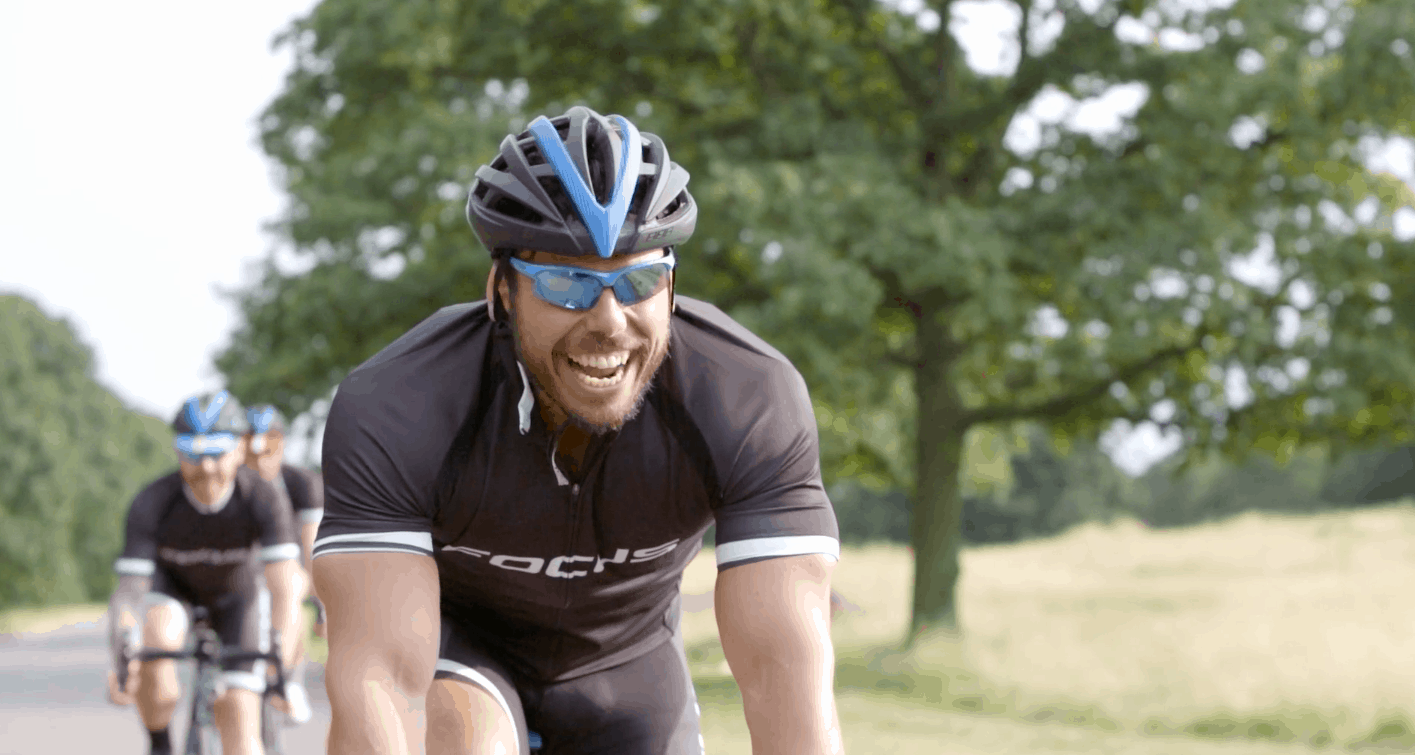 When I was challenged to create a full length edit of our films for Focus Bike’s Ambassador Challenge to demonstrate all that I had learnt during my first three months at Let’s Talk, it was a (metaphorical) bull that I had to grab by the horns.  This my story of how I approached the editing project …

In my video I wanted my edit to be more personal and share the stories of the riders, their emotions and the challenges they faced rather than the bikes themselves.

I started with a ‘sync pull’ of each interview, then selected  the answers I liked the  most and arranged them into an order that flowed. I wanted to create an edit that told the story of the contestants’ challenges and captured their emotions, as opposed to concentrating on the bikes.  I had to edit the audio and add audio transitions to keep the answers short and sweet and ensure a smooth, natural feel. I then went through the ‘G.V’s’ and chose the most fitting clips to tell the story.

Although some editors would leave the music until last, I wanted to cut the video to the beat and found a suitable upbeat track from Artist.io (a great music licensing source of music from indie artists for video and film use). As part of the challenge was to keep the video at 3 minutes long, I had to be clever with my cuts and transitions.

Once I was happy with my overall edit, I looked at colour grading. Cameras are usually, if not always, best shot over exposed as it is easier to colour correct than if they are under exposed. To get the colour grading and white balance correct, I took a screenshot from each camera and made a LUT in photoshop; added them to the footage and adjusted them further if needed in Premiere Pro.

Finally, came the ‘lower thirds’ which were created in After Effects. As I’d never used After Effects, I turned to YouTube to find some ‘How to Use After Affects’ video tutorials. Looking at the original Focus Bikes interviews, I had an idea of what I wanted the lower thirds to look like and started by drawing out two shapes, inserting text and animating them to a speed that fit nicely to my edit. I then added a flare and inserted them into Premiere.

Last but not least, I added a lens flare to the end of my video to enhance the logos and give it a nice, polished ending.

After many cups of tea, my edit was finished. I hope you enjoy it…


Notice: Trying to access array offset on value of type null in /home/loiqvzxb7go2/public_html/wp-content/plugins/elementor-pro/modules/nav-menu/widgets/nav-menu.php on line 1446

Notice: Trying to access array offset on value of type null in /home/loiqvzxb7go2/public_html/wp-content/plugins/elementor-pro/modules/nav-menu/widgets/nav-menu.php on line 1459

Notice: Trying to access array offset on value of type null in /home/loiqvzxb7go2/public_html/wp-content/plugins/elementor-pro/modules/nav-menu/widgets/nav-menu.php on line 1470

Notice: Trying to access array offset on value of type null in /home/loiqvzxb7go2/public_html/wp-content/plugins/elementor-pro/modules/nav-menu/widgets/nav-menu.php on line 1483
Menu