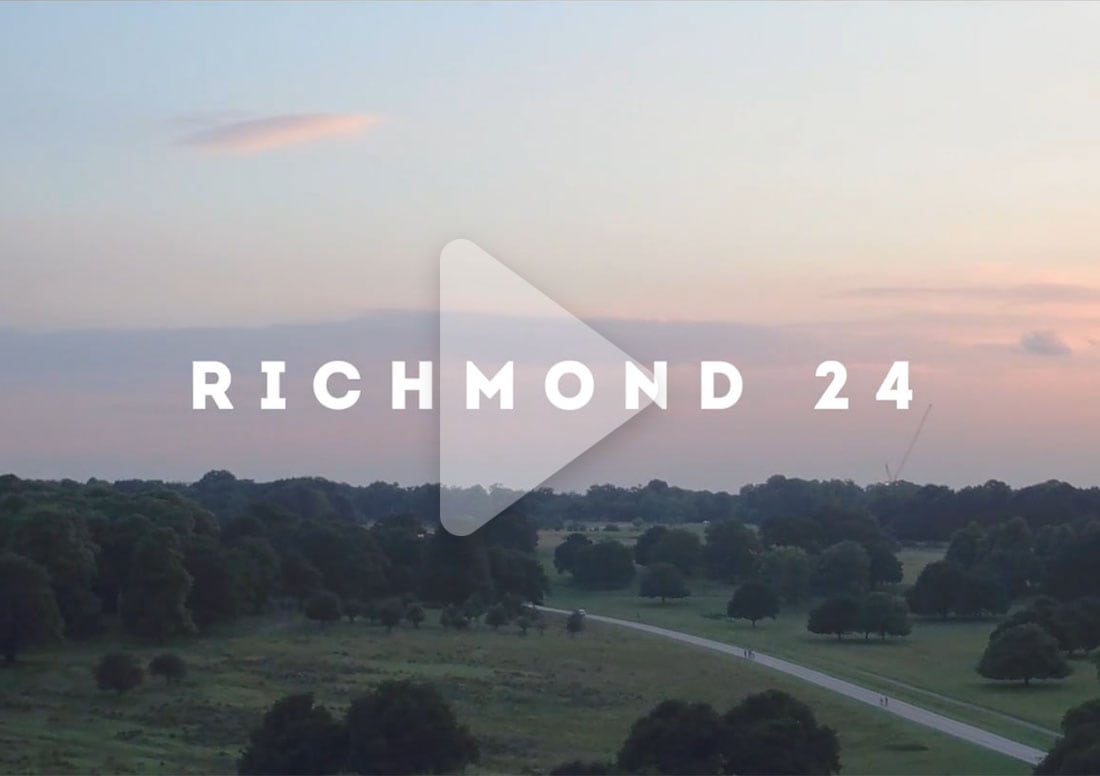 On Saturday 18th June – the weekend of the Summer Solstice – the Let’s Talk film crew woke at dawn and lugged our kit to Richmond Park to capture a unique cycling record on film – Ripcor’s Richmond 24 Challenge.

Chris Hall and Chris ‘Elvis’ Pressdee, who are both members of Team Ripcor and are no strangers to extreme cycling challenges, were about to push their bodies to the limits as they attempted to become the first people to cycle around the popular London cycling route for 24-hours non-stop.

In the weeks leading up to the challenge we filmed the guys in preparation, recording their training progress and interviewing Chris and Elvis at Team Ripcor’s regular meeting spot, the Loch Fyne in Ascot. When the big event arrived, keeping up with the riders proved to be our biggest challenge. Our four-man crew filmed the entire 24 hour cycling event using four cameras, a scooter, a pick up truck, a old rusty push-bike and a drone, as well as very little sleep!

Through blood, sweat, tears and lots of laughter, the guys raised over £7500 from the challenge in aid of Ripcor’s chosen charity The PACE Centre, a specialist school for children with sensory motor disorders such as Cerebral Palsy.

Ripcor: Riding With Mamils is an insight into a unique cycling club and their journey tackling one of the toughest climbs in the French Alps. We captured their extraordinary journey on film.


Notice: Trying to access array offset on value of type null in /home/loiqvzxb7go2/public_html/wp-content/plugins/elementor-pro/modules/nav-menu/widgets/nav-menu.php on line 1446

Notice: Trying to access array offset on value of type null in /home/loiqvzxb7go2/public_html/wp-content/plugins/elementor-pro/modules/nav-menu/widgets/nav-menu.php on line 1459

Notice: Trying to access array offset on value of type null in /home/loiqvzxb7go2/public_html/wp-content/plugins/elementor-pro/modules/nav-menu/widgets/nav-menu.php on line 1470

Notice: Trying to access array offset on value of type null in /home/loiqvzxb7go2/public_html/wp-content/plugins/elementor-pro/modules/nav-menu/widgets/nav-menu.php on line 1483
Menu